Cromwell’s approach to investment management is driven by our bottom-up House View process which clearly defines what we believe are the compelling investment opportunities within the markets in which we operate.

Our Investment Management team keeps a close eye on the local market, to strategically source and transact on opportunities within Central Europe with the goal of maximising returns for our investors.

Our structured investment method encompasses thorough local market and economic research, tenant information and property analysis which is managed through a vigorous and detailed technical, environmental, financing, structuring and legal due diligence process.

We proactively approach owners, developers and municipalities in the Central European market, as well as maintaining excellent relationships with national and local brokers, to source deals where we can “buy smart, add value, sell smart”.

To understand more about our investment criteria, please contact our Central Europe here. 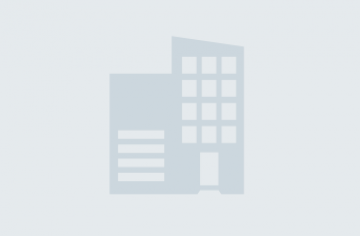 The Cromwell Polish Retail Fund is a closed ended fund invested in shopping centres and hypermarket retail assets in Poland. It was acquired in 2013 from GE Capital Real Estate, its Investment Adviser and Asset Manager.

At the time of acquisition, the fund comprised five shopping centres and three hypermarkets, totalling approximately 288,000 sq m and accommodating around 380 tenants.

The acquisition was funded from balance sheet capital reserves and included a co-investment in the Fund alongside its existing investors, thereby aligning the company’s interests to those of its investor partners.

The high-calibre GE Capital Real Estate Poland team, based in Warsaw, who managed the Fund since its inception, joined the Cromwell Central European team, enhancing its platform and capabilities.

This was a significant transaction for the company which enabled it to increase its retail assets under management and grow its presence in the Central European market.

The Cromwell Central Europe Diversified Partnership was launched in 2014, with an initial target gross asset value of €500 million. Initially with a focus on investing in first and second generation retail assets, predominantly in Poland and the Czech Republic, in 2016 the Fund diversified its investment strategy into the office sector.

At the time of launch, the Fund completed its first investment with the acquisition of the 36,500 sq m Galeria Butovice shopping centre in Prague, Czech Republic. The shopping centre was built in 2005 and is let to around 100 tenants, including the supermarket chain, Albert, Intersport and H&M.

Our local team in Prague are currently managing a development project to reposition the asset that will include a new extension and various remodelling works to the existing gallery which are already underway. The team has also signed a new 30 year lease with Austrian furniture retailer, Kika Nabytek, part of the Steinhoff Group, on approximately 15,000 sq m of new space which will be developed specifically for their occupation.

Upon diversifying into the office sector, the Fund acquired the 8,693 Warsaw Corporate Centre in Poland, comprising nine floors of offices and ground floor retail space, let to several well-known occupiers including Danska Bank, Broadway Malyan and OSTC. This asset is prominently located in the heart of Warsaw’s central business district.